The National GNSS Network of French research laboratories is one of Résif’s specific actions.

The overall objectives of the Résif-GNSS Specific Action are to:

The specific Résif-GNSS action is supported by the following members of the Résif consortium:

The specific Résif-GNSS action is in the process of integration​ of other scientific components, such as :

Résif-GNSS data are available for free access (see on “Data distribution policy” and “Data” pages conditions for each network).

Firstly, the Rénag is dedicated to scientific research and Earth observation in internal and external geophysics and geodesy. It is in fact the extension of the Regal network, set up in 1997, which focused on the study of the Western Alps. It is now a National Observation Service (SNO) which is part of the Insu’s National Observation Action (ANO) 3 “Geodesy-Gravimetry”. Rénag’s mission is to acquire, conserve and disseminate permanent GNSS data of scientific quality on a long term basis. As such, it benefits from the financial support of CNRS-Insu and the Ministry of Higher Education, Research and Innovation. It is one of the major components of Résif. 19 French research teams are actively involved in the construction and maintenance of the observation system, data acquisition, public dissemination, conservation (via the Rénag data centre) and scientific exploitation.

In 2021, 84 permanent stations were managed by the Rénag, and 210 by the Orphéon network. The 864 GB of data collected by these stations spread over the metropolitan territory are disseminated by the Rénag data center, which makes available a total of nearly 4 TB of data.

GNSS NATT station of the RENAG network located in the commune of Parves-et-Nattages © Pascale Bascou, ISTerre Grenoble. To know more about it

This network was originally built to serve as a reference for precise differential positioning calculations during topographic surveys. It is the official means of access to national coordinate reference RGF93.

History of the network (in french)

The permanent network (RGP), federated by the National Institute of Geographic and Forestry Information (IGN), manage 463 stations on the French territory in 2021. Its data center also collects data from 57 stations of the Rénag and Regina networks and provides a total of more than 29 TB of data. 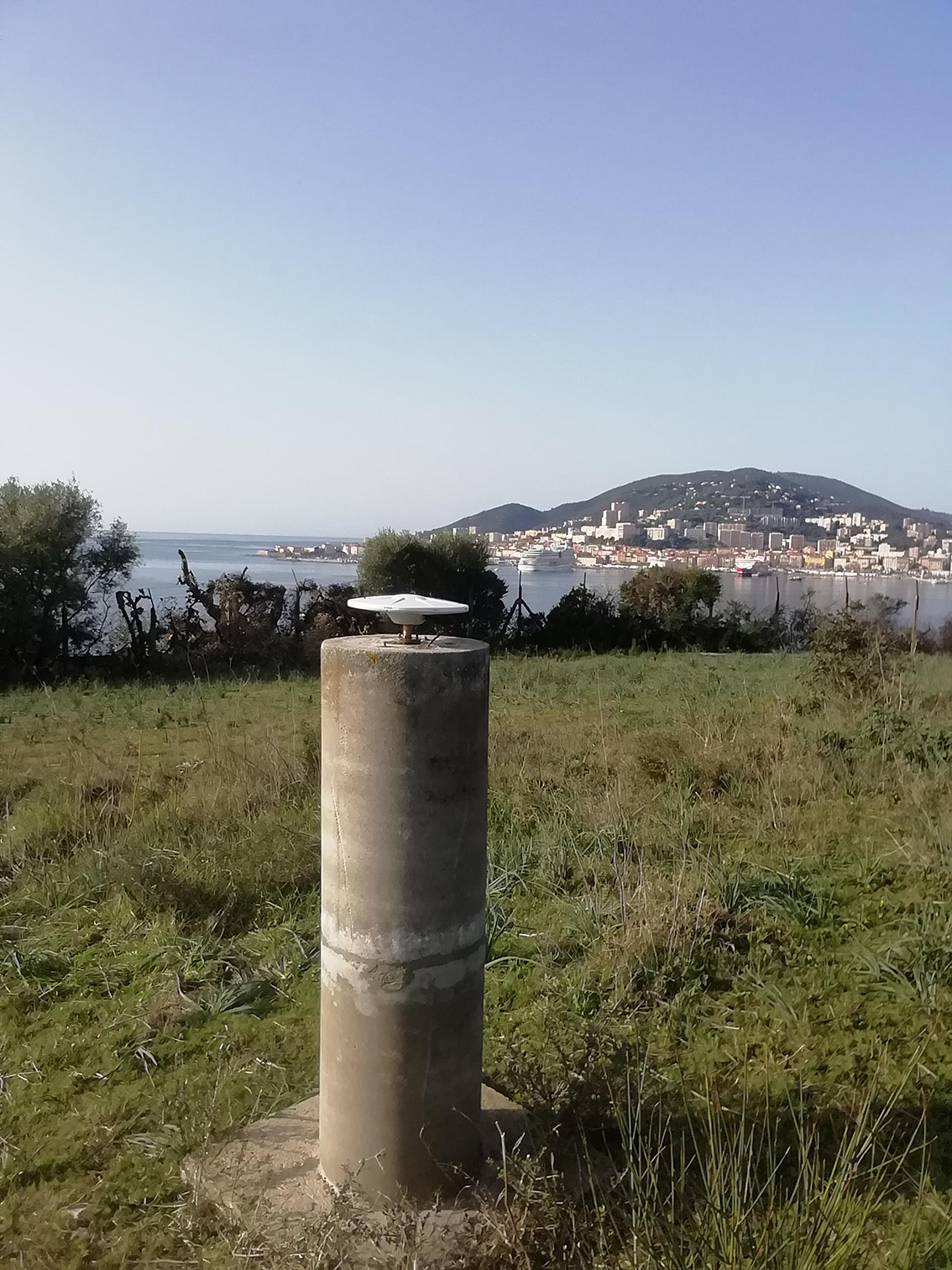 AJAC station of the RGP network. Located in Ajaccio, this station is operational since January 2000. It is managed by the IGN © IGN. Read more

Regina (GNSS Network for IGS and NAvigation) is one of the science-based GNSS networks associated with the Resive Initiative. It is a GNSS network with global coverage co-managed by Cnes and IGN. It constitutes the major part of France’s contribution to the IGS (International GNSS Service).

The Regina project (GNSS Network for the IGS and NAvigation) is the result of a collaboration between Cnes and IGN set up in 2012.

The Regina infrastructure is based on a global network of GNSS stations equipped with receivers capable of acquiring signals from current and future navigation systems (in particular GPS, Glonass, Galileo, Beidou and the various SBAS) and providing data streams in real time (TR) and delayed time (TD). The deployment of the network is managed and implemented in collaboration with many host agencies at sites covering as much of the world as possible. Sites are chosen as far as possible to ensure the co-location of several spatial geodesy measurement techniques such as DORIS to participate in the creation of the International Terrestrial Reference System (ITRS).

Regina aims to make navigation data complying with the latest standards readily availabile for the scientific community. A modern mission centre which monitors station network and works on data processing and dissemination has been operational since June 2016.

The global network Regina operated by the CNES is composed of 37 stations, including 5 located on the French territory which contribute to Résif. 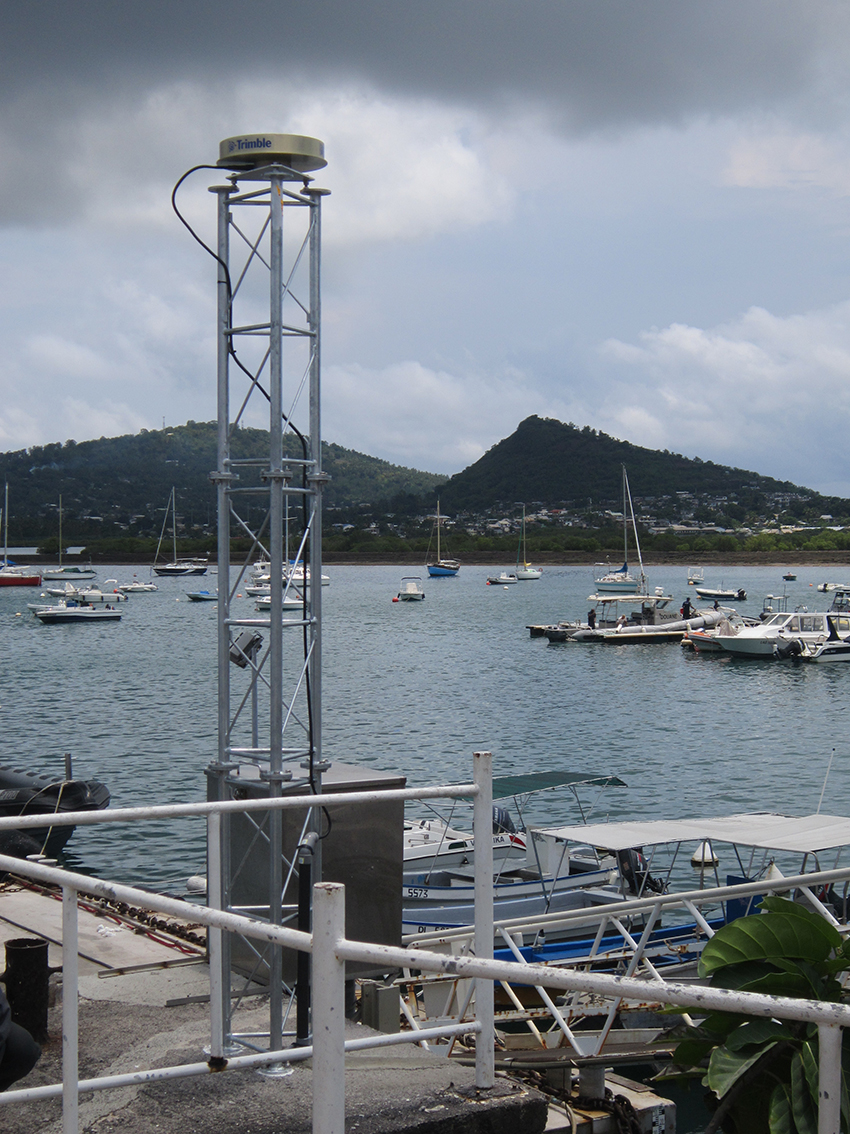 MAYG station of the Regina network, located on Mayotte french island. Operational since may 2020, it is managed by the Cnes. Read more.
This document is extracted from the CNES website. Protected information – All rights reserved © CNES 2020