After obtaining his thesis in 1996 in France, and carrying out research in seismology in Mexico and the United States, Nikolaï moved to the Institut de Physique du Globe de Paris (IPGP) in 2005, where he is a CNRS research director.

He is head (2006-2012) of the French Seismological Oservation Federation (FOSFORE), predecessor of Résif, and is a member (2006-2015) of ORFEUS (Observatories & Research Facilities for European Seismology) which is a federation of seismological networks/data centres in Europe. Nikolaï then became involved in the deputy management of the IPGP and the management of its observatories and data centre. Since 2017, Nikolaï has been a member of the bureau Résif in charge of scientific foresight. 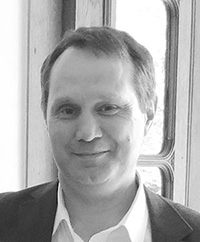