The Permanent National GNSS Network in 2019

The Renag (Permanent National GNSS Network) is the GNSS (Global Navigation Satellite System) network of French research laboratories. It is a scientific research tool in internal, external and geodesy geophysics. It became the National Observation Service (SNO) in 2006, its mission is to acquire, preserve and disseminate permanent GNSS data over the long term. As such, it benefits from the financial support of the INSU-CNRS. The Renag is now a major component of the French Résif research infrastructure and contributes, through Résif, to the European Plate Observing System (Epos) European research infrastructure.

The data collected is publicly accessible and free of charge, like all SNO data. Since 2011, the Renag has been archiving and distributing data from the Orpheon network, the private partner Geodata Diffusion, with restricted access. The Renag network has about 70 stations, in addition to several hundred stations in the Orpheon network (image above). It involves many observatories of the sciences of the universe in France (Grenoble, Nice, Montpellier, Toulouse, La Rochelle, Clermont-Ferrand, Rennes, Strasbourg, Besançon). It also receives material assistance from several public institutions such as the IGN, CEA, IRSN, ESGT and CNES.

The initial objective of the Renag was to quantify the current tectonic deformations in France, and to relate them to seismicity. The Renag contributes to the assessment of seismic hazard in the national territory.

The Renag also has other objectives such as :

Important results have been achieved with data acquired by the Renag, mainly in the Alps.

Other interesting results have also been obtained in the Pyrenees (Rigo et al., 2015) or eastern France (Henrion et al., 2019).

To learn more about the Renag 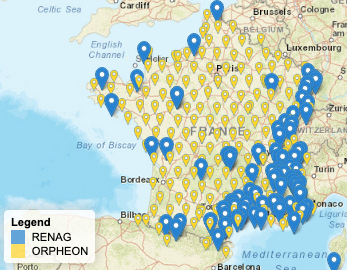 Map of the GNSS network managed by Rénag. In blue the stations operated by the different partners of the Rénag. In yellow the stations of the Orpheon network whose data are available on request on the Rénag website © Rénag 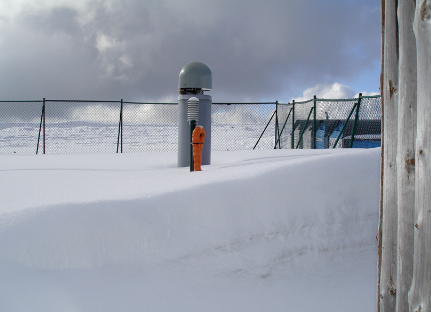 Markstein GNSS station in the Vosges, operated by Eost © Patrice Ulrich. To know more about it.