Teil Earthquake of November 11, 2019: Report of the Group of Experts

The committee of experts (geophysicists, seismologists, geologists and modellers) of the CNRS and other partner organizations and universities deliver in a report their first conclusions concerning the possible causes of the earthquake that occurred on November 11, 2019 in Drôme-Ardèche and its possible. causes

This earthquake of magnitude 5 manifested itself at the surface by a fault rupture about 4 km long, between Le Teil and Saint-Thomé. At depth, around 1 km, the fault shifts reach 30 cm. The occurrence of an earthquake of such magnitude in metropolitan France, at such a shallow depth, associated with a particularly low number of aftershocks, makes it an earthquake with fairly atypical characteristics. These characteristics have motivated the CNRS to form a committee of experts to take stock of what research and its tools can shed light on this earthquake and its possible causes (read the press release in french).

This committee of experts (geophysicists, seismologists, geologists and modellers) from the CNRS and other partner organizations and universities has just delivered a report.

The initial conclusions are that the hypothesis that quarry activity (rock extraction) contributed to triggering the earthquake cannot be ruled out, but natural forces certainly determined its magnitude and impact.
The effects on the Teil earthquake of quarry firing and underground water infiltration seem unlikely from preliminary analyses, but remain to be quantified by further research. The expert panel was unable to assess the likelihood of a new earthquake of similar or greater size in the region. However, the Teil earthquake has so far triggered much less seismic activity (aftershocks) than expected.

The members of the working group are still at work, and their work will help to further refine the various elements presented in the report. In particular, greater precision and consistency between analyses of the location of the epicentre of the earthquake is needed to determine whether or not it started in the quarry’s zone of influence. 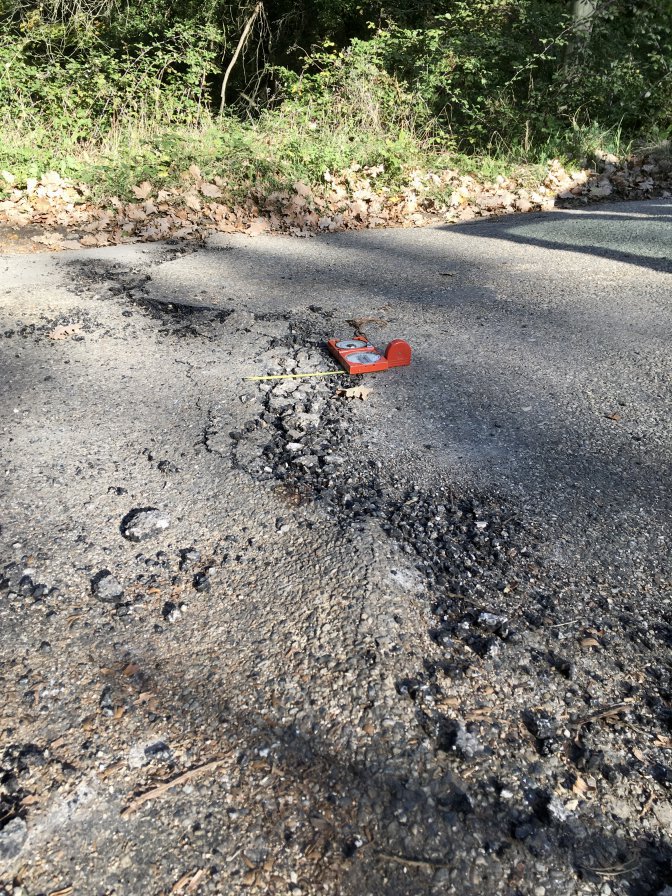 Remarkable surface rupture for a magnitude 5 earthquake in France. The magnitude of the shift is small, of the order of 2cm. Coordinates of the observation on the photo: 44.5307N – 4.6689E – elevation: 170 m © Jean-François Ritz, Géosciences Montpellier. To know more about it.