Since the actual speeds are known, the results are presented in the report in terms of speed bias (i.e. the deviations of the estimated speeds from the expected values). Statistics on these biases can then be used as indicators of the potential accuracy of actual GNSS speeds.

None of the methods or software tested stands out clearly as being significantly better or worse than the others. However, a group of four solutions (including the unweighted average of the nine solutions) consistently perform better than the others. They are based on a standard time series analysis using a least-squares inversion of a parametric model (speed, seasonal terms, shifts) with automatic and manual shift detection methods.

In addition to the variability of velocity estimates depending on the analytical methods, first-order information can be obtained about the combination of solutions and uncertainties about velocity. 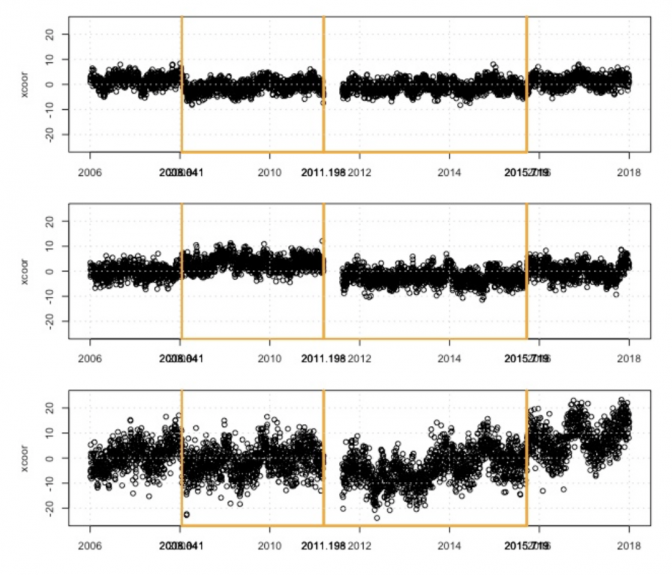 Series of daily positions of the North, East and Top components of the station (in mm) according to the date (in year) of station MR04 of the Rénag network. The vertical orange bars indicate the dates of the offsets imposed in the series. © S. Mazzotti 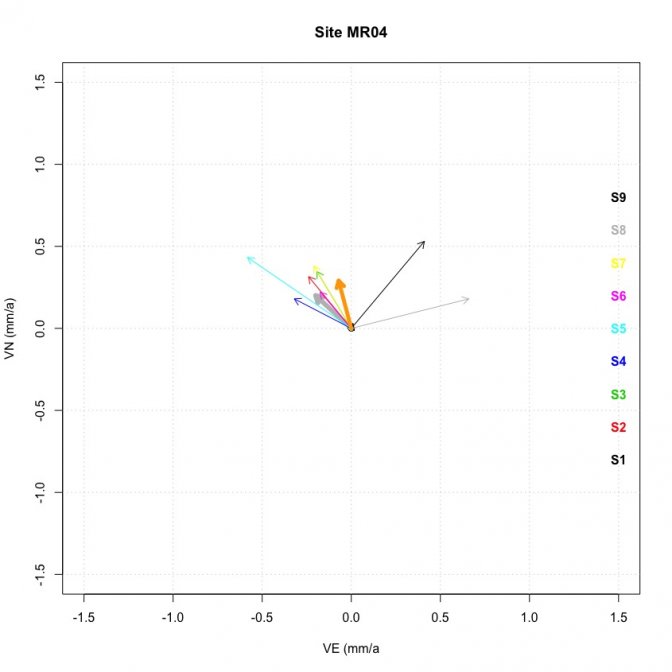 Horizontal velocities estimated by the nine treatment centres (S1 to S9) for station MR04. The thick grey and orange arrows indicate the expected speed (“true” speed) and the average of the nine solutions. © S. Mazzotti