The “Macro-seismic data, historical and contemporary seismicity” axis of Résif’s Transversal Seismicity Action starts its project of digitization of historical macroseismic testimonies of the French Central Seismological Office (BCSF). The digitization will allow both the preservation of this rare heritage and its exploitation by the community.

The project concerns more than 200,000 documents, 29 linear meters of archives, consisting of questionnaires, maps, survey reports for more than 1,500 earthquakes felt and surveyed in 100 years. It begins modestly in 2020 with the digitization of testimonies concerning earthquakes of intensities greater than VII.

The documents will be added to the open archive Hal-Résif from 2021.

Acknowledgements: this project was made possible thanks to the support of Lucile Schirr, archive manager at the University of Strasbourg, particularly for the implementation of the resizing, and the specifications for digitization.

The “Macro-seismicity and historical seismicity” axis of the Transversal Seismicity Action was co-animated until now by Christophe Sira (Eost) and Samuel Auclair (BRGM). The latter hands over to Ludmila Provost from IRSN.

The 200,000 or so macro-seismic testimonies collected by the BCSF over a hundred years represent 29 linear meters of shelving © Christophe Sira, Eost 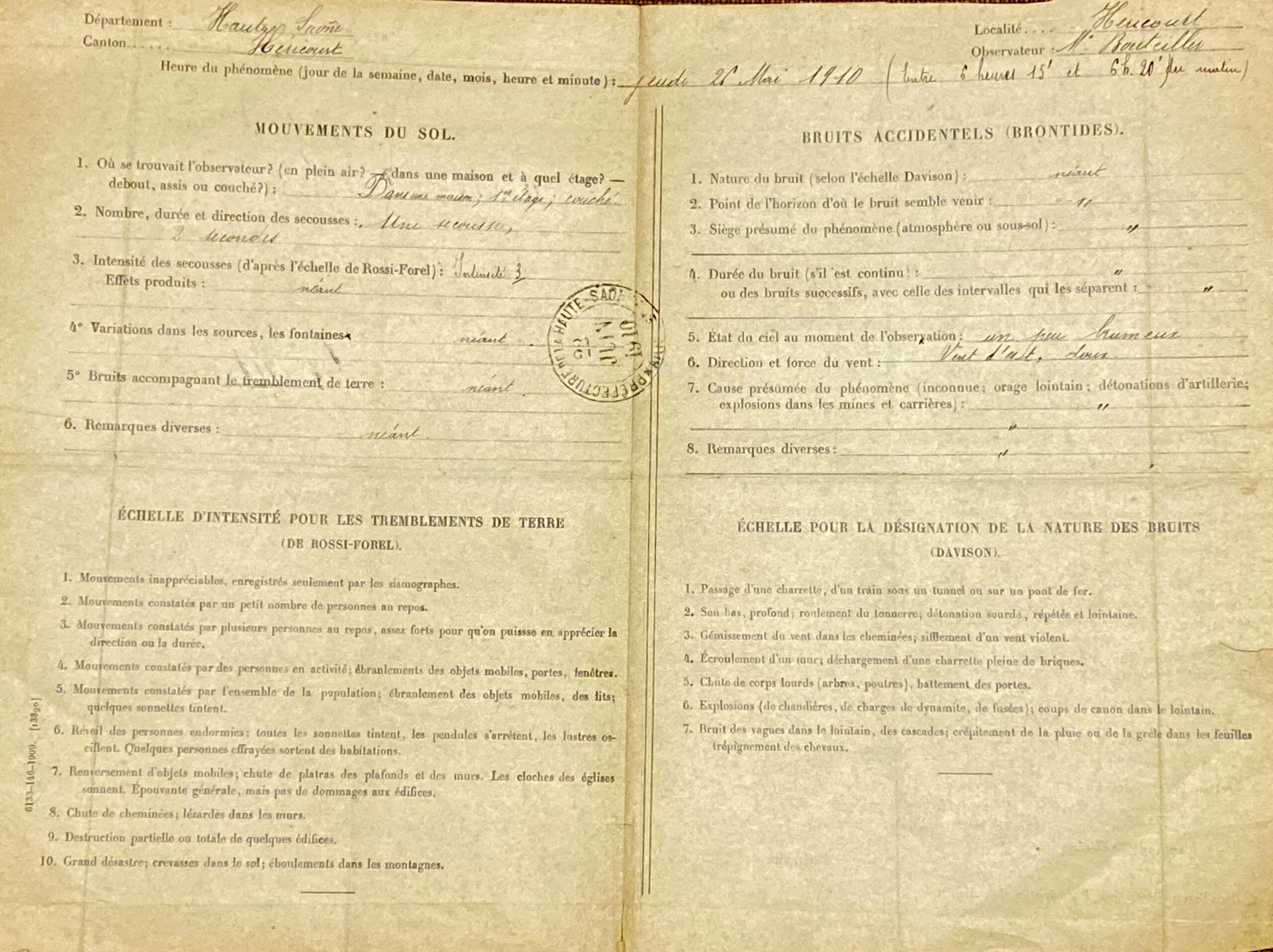 The oldest macro-seismic testimony form found in the BCSF archives. It dates from 1910 © Christophe Sira, Eost