The national park of land mobile seismological instruments (SisMob) is hosted and managed at Osug/ISTerre (Grenoble) within the Service Instrumentations Géophysiques (Sig). It has 120 stations of broadband (LB) or medium-band (MB) type. Since 2017, the park has been completed by 65 autonomous short-period stations (nodes), allowing the deployment of densified networks on a local scale over short periods (1 to 2 months). In addition, Osug pilots the National Observation Service (SNO) Permanent Accelerometric Network (Rap) which includes about 80 telemetry stations.

As for the Permanent Broadband Network (RLBP), the SNO piloted within Eost in Strasbourg, it has benefited from an extension and modernization since 2011, bringing the number of telemetry stations to 140 today, after eight years of work. In addition, since the beginning of 2020, Eost has had a fleet of 120 nodes already widely used for local experiments or involving Public Industrial and Commercial Establishments (Epic) that cannot have access to the SisMob fleet.

The realization of these large-scale seismological projects has led to the emergence of the need for structures capable of testing, characterizing and calibrating all this instrumentation. These aspects require infrastructures such as a dedicated seismological pillar, a test room and specific expertise.

The Pisa service (Eost Instrumental Seismological Platform) was born in 2016. ISTerre has set up a platform similar to Pisa. Since their implementation, these structures can reliably test ten LB/MB/accelerometric stations or thirty nodes per week. 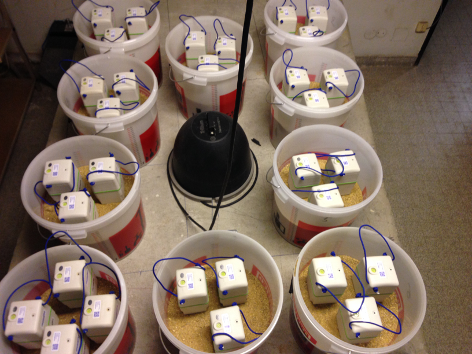 Nodes on the Instrumental Seismological Platform of Eost © Maxime Bes de Berc, Eost. To know more about it. 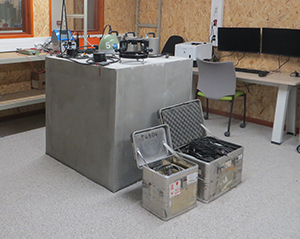