The Sismaore oceanographic campaign is currently taking place in the Comoros archipelago until February in order to acquire geophysical and geological data whose analysis will provide a better understanding of the seismic-volcanic crisis that has been affecting the island of Mayotte since 2018. The vessel Le PourquoiPas? will embark on two sea trips by numerous scientists and engineers from December 23 to January 21 and from January 25 to February 11, 2021.

Several ocean bottom seismometers (OBS) of the CNRS-Insu park are implemented during this campaign. The collected data will be analyzed within the framework of the Coyotes project (2020-2024) and disseminated on national portals (the Résif Seismological Data Portal). It complements among others the data from Revosima’s Mayobs campaigns, and in particular those of Mayobs17, which will take place between the two trips of the vessel.

The Coyotes project: in order to understand the Mayotte seismic-volcanic crisis (2018-2020), it appeared essential to reach a critical level of knowledge on the evolution of seismic, volcanic and geodesic deformation, but also on the geodynamic context. The ANR Coyotes project aims to better understand the regional geodynamic and geological context of the northern Mozambique Channel. Its main objectives are to understand the distribution of active and recent deformations around the Comoros archipelago, including the island of Mayotte, to visualize the crustal structuring and to study the recent tectono-sedimentary evolution.

The expected results of the Coyotes project: to provide information on the role of heredity in the spatial distribution of the current deformation, linked to the seismic-volcanic crisis of Mayotte. This understanding of the geodynamic and geological context will be used to better constrain the assessment of volcanic and seismic hazards in the Comoros archipelago and particularly those around Mayotte. The Coyotes project integrates onshore and offshore acquisitions of geological (sampling, structural analysis, geochemistry, dating) and geophysical (geodesics, seismology, bathymetry, seismic) data, their interpretation as well as modeling phases (kinematics, earthquake sources, volcanic processes, stress model, deformations).

The Coyotes project is funded by the French National Research Agency for the period 2020-2024, in which more than 30 scientists from BRGM, EOST, IPGP, IsTep, ENS, Université de La Réunion, EPOC, Ifremer , SHOM, GEOPS, LMV, GET, ISTO, OVPF… are involved. 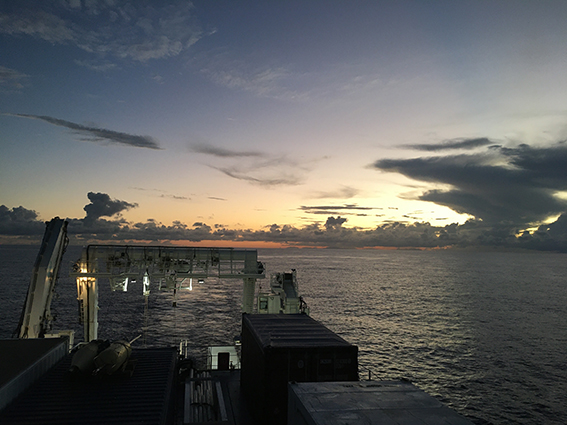