The journal Communications Earth & Environment (Nature) has just published an article presenting some of the results obtained from the geophysical investigations carried out following the Teil earthquake.

This earthquake of November 11, 2019 (Ardèche, Rhone Valley) generated a level of damage that had not been seen in metropolitan France since 1967. Recent work has already demonstrated the exceptional nature of this earthquake, whose rupture reached the surface despite a magnitude of only 5. The level of ground acceleration that such a moderate event so superficial can generate remains unknown. Thanks to seismological observations from the permanent stations of Résif and data acquired during a post-seismic mission, scientists from the ISTerre laboratory were able to propose a model of the rupture of the earthquake and the local crust to numerically simulate the ground acceleration near the fault.

Future local geological and geophysical analyses should make it possible to better constrain the potential for this type of earthquake elsewhere on the Cevennes fault system, notably near the Cruas and Tricastin nuclear power plants. 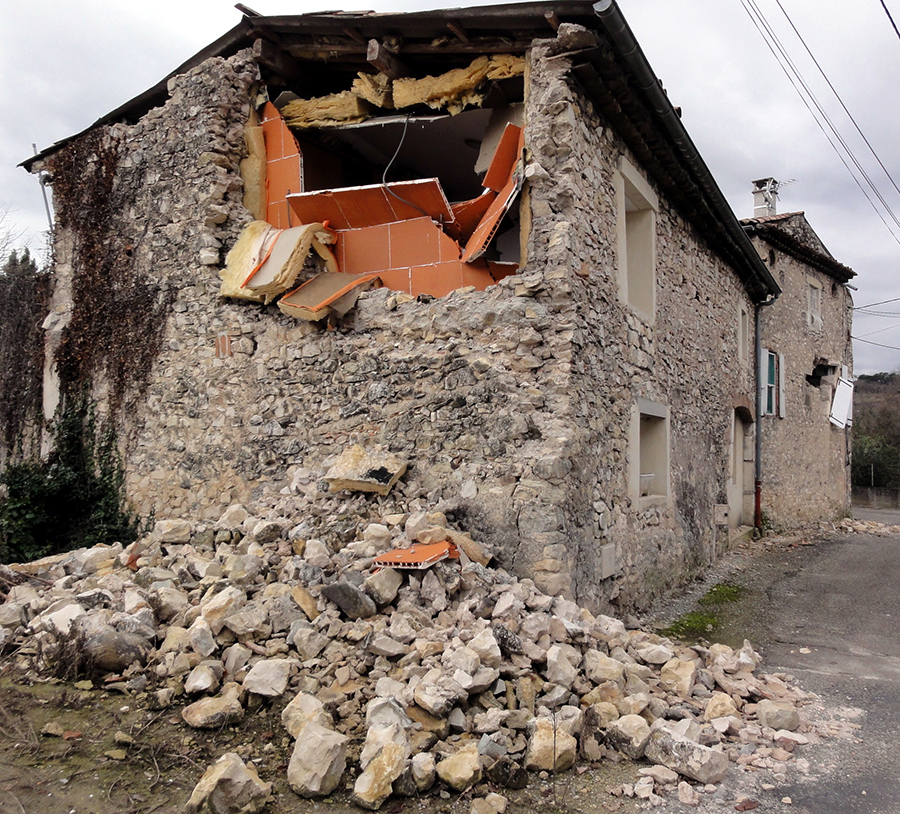