More than 500 documents in the Hal-Résif media library !

Hal and MédiHal are multidisciplinary open archives that host for one scientific publications and for the other visual and sound data in the framework of scientific research. Together, these two platforms hold more than 850 000 scientific documents.

The Hal-Résif media library was initially created to complete the future website of the Transversal Seismicity Action. In 2018, its perimeter was expanded. It is now a true Résif media library. You will find there :

– documents illustrating the construction and life of Résif : photos of the stations, maps of the network, videos, posters presenting the project…
– documents related to seismic events in metropolitan France and overseas departments such as the Teil in 2019 or Barcelonnette in 2014: photos of damage caused by earthquakes, images of post-earthquake missions, post-earthquake reports … .

With rare exceptions, the images and other documents in the media library are distributed under a Creative Common “Attribution 4.0 International” (CC BY 4.0) license, i.e. their use, transformation or any other use, including commercial, is free, subject to quotation from the author.

Each document is associated with reliable and complete metadata to help understand the document: a precise description of the photo, a meaningful title, keywords allowing for a specific search and various links allowing to go deeper into the subject if necessary.

Here are examples of photos deposited in the open archive Hal-Résif.

─ GNSS antenna of the observation station OGAG of the Résif RLBP, Rap and Rénag networks, located in the commune of Argentière-la-bessée (Hautes-Alpes) 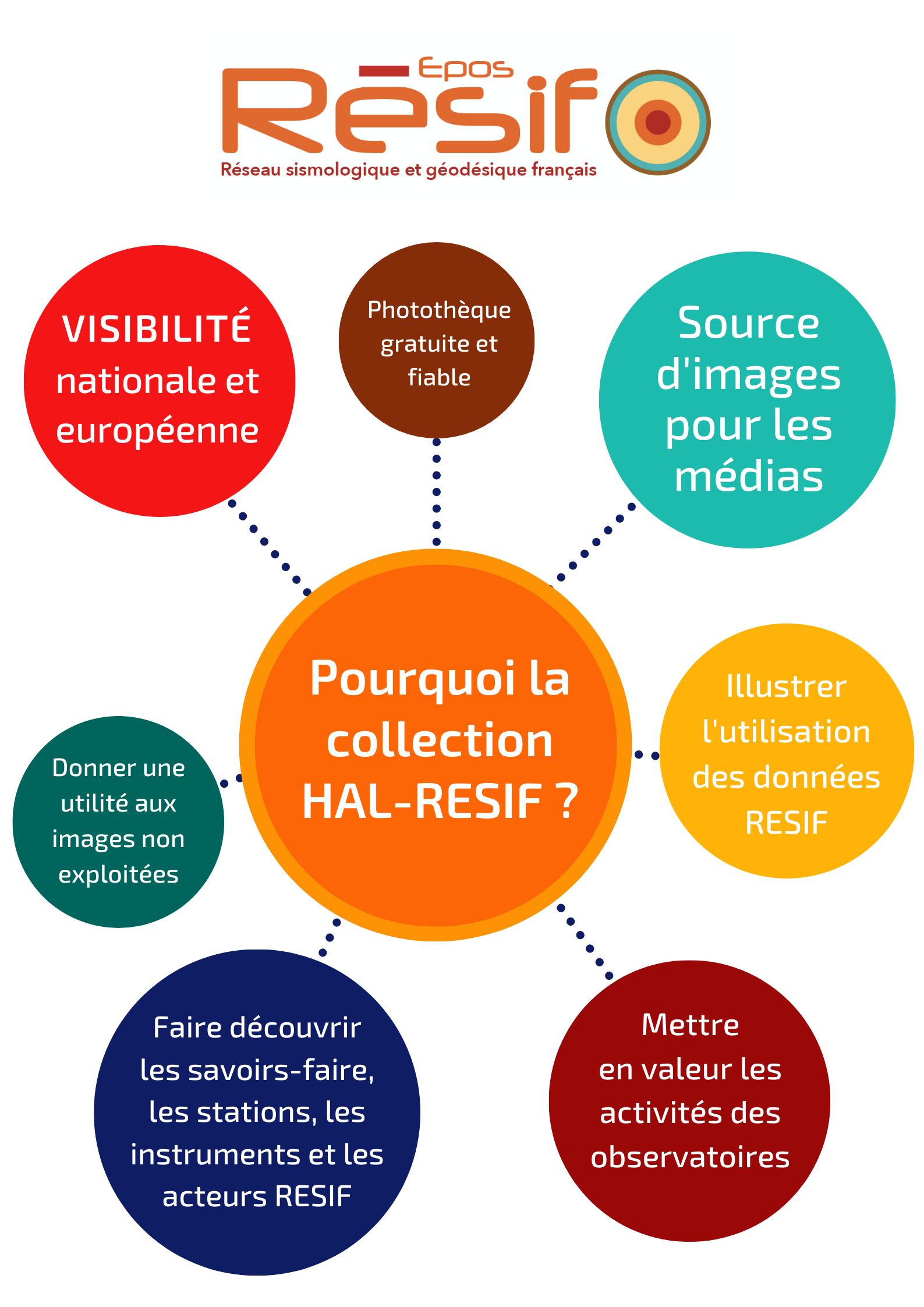