The Hazards axis of the Résif seismicity transverse action adds a new tool to its catalogue with the FMHex20 database, which presents a compilation of more than 1,700 focal mechanisms for nearly 1,300 earthquakes in metropolitan France and neighbouring regions of Western Europe.

This database is built from published and unpublished sources (articles, reports, observatory websites) for which the focal mechanism solutions have been checked for internal consistency, corrected for minor errors and rejected for major inconsistencies between parameters. This is a first version that should be regularly updated as part of an ongoing effort within the Resif seismicity transverse  action.

FMHex20 is presented in an article published on 23 March in the Earth Sciences Bulletin (BSGF). The article also presents first-order seismotectonic analyses for the whole of metropolitan France and for two regions (Western France and Northern Alps-Jura-Vosges) to illustrate how the FMHex20 database can be used as a basis for geodynamic or seismic hazard zonation studies. Combined with complementary datasets, such as the database of potentially active faults in metropolitan France (BDFA), it can improve our understanding of the kinematics of potentially active faults, including in regions with very low deformation rates as is the case for most of France. 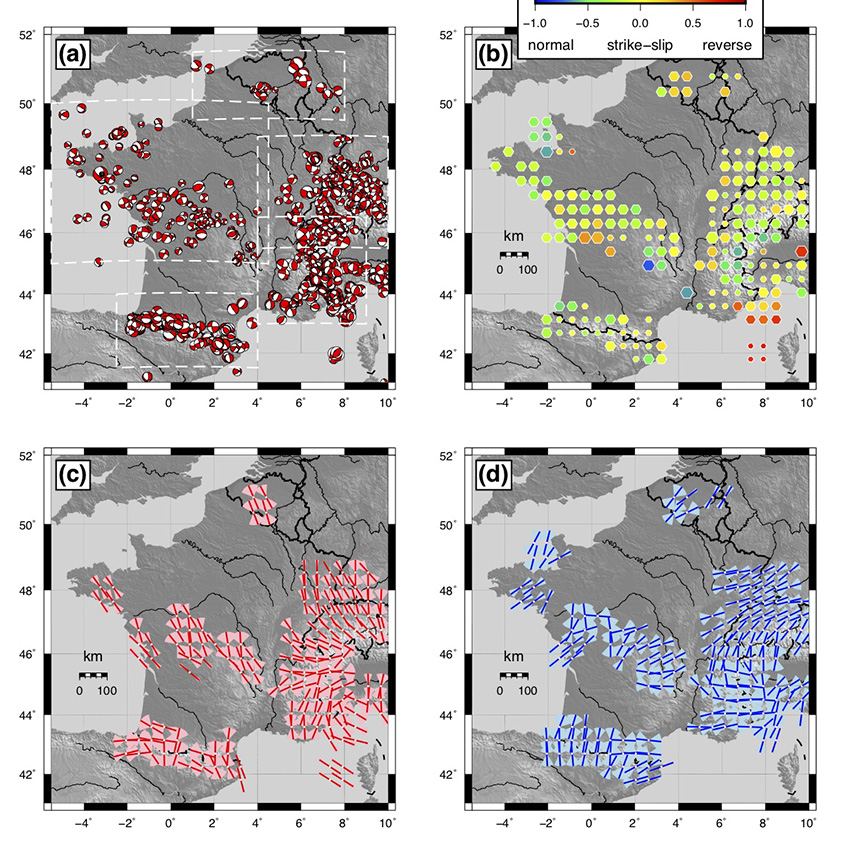