Earthquake of magnitude 6 in Guadeloupe

An earthquake of magnitude 6 occurred during the night of 25 to 26 March in Guadeloupe, at 4:51 Paris time and 0:51 local time.
After analysis by an operator, the website of the National Seismic Monitoring Network confirms the magnitude and locates the epicenter at about 100 km northeast of the main island, at a depth of about 18 km (2 km uncertainty).

If you have felt this earthquake, testify on the site franceseisme to help scientists to determine the intensity of the tremor on the ground (which is not measurable by instruments).

Guadeloupe is, with Martinique, classified in seismicity zone III (decree n° 91-461 of May 14, 1991) which is the highest level of seismic hazard for the French territory. The previous earthquake of this importance in Guadeloupe occurred on November 21, 2004. With a magnitude of 6.3, the earthquake in Les Saintes was the most important one to have occurred in France since the Provence earthquake of 11 June 1909. Its epicenter was located south of Guadeloupe, between the archipelago of Saintes and Dominica. The macro-seismic intensity reached VIII in the Saintes archipelago. It was the strongest macro-seismic intensity observed in France since the Arette earthquake of August 13, 1967 in the Pyrenees. The Saintes earthquake mobilized many people, scientific research laboratories and technical centers. It had caused a lot of damage. 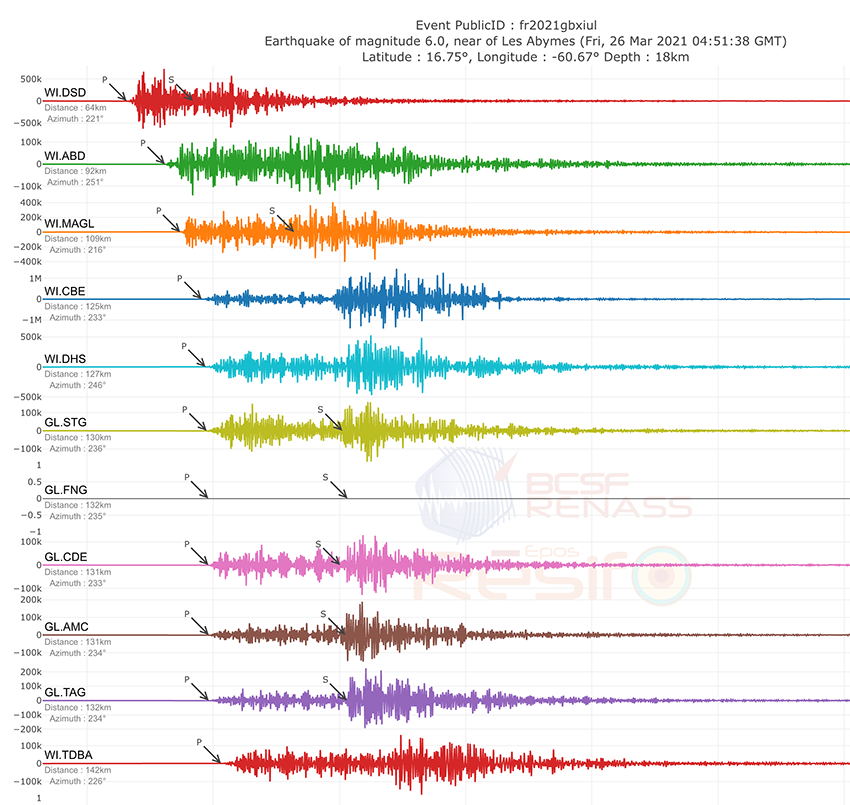 Seismograms of the March 26, 2021 earthquake in Guadeloupe, recorded by the monitoring stations of the Observatoire volcanologique et sismologique de Guadeloupe (network code GL) and the West Indies French Seismic Network (WI), both operated by the IPGP © BCSF-Rénass – To know more about it. 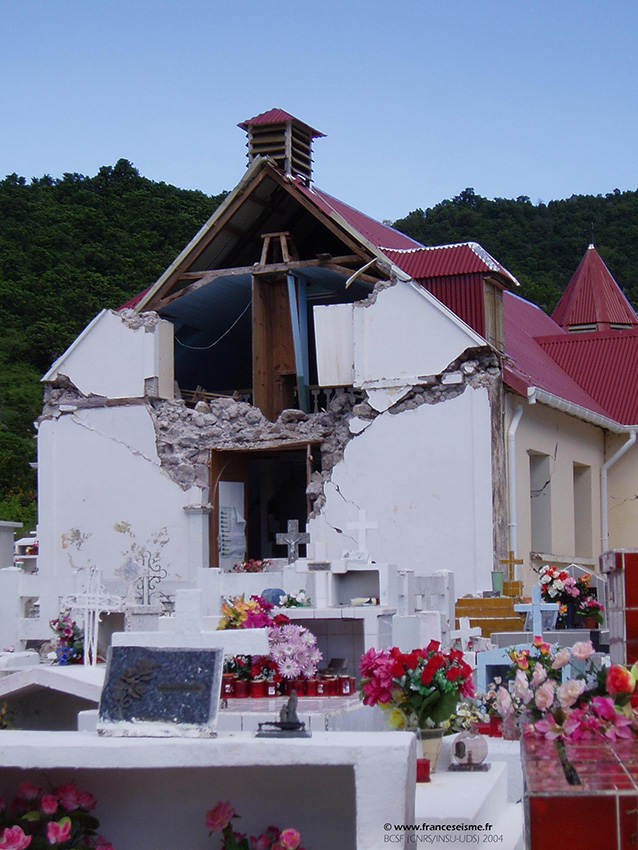 Damage to the Terre-de-Bas church after the Saintes earthquake. Image taken during the field mission of the Macroseismic Response Group (GIM) © M. Cara, Eost