The BSCF-ReNaSS, a national service hosted by the Ecole et Observatoire des Sciences de la Terre (Eost) in Strasbourg, using data from the French Résif stations and from some stations in border countries, reported this morning an earthquake of magnitude 3.9 (Mlv) at 05:00 local time, located about ten kilometers north of Strasbourg (epicenter located in the commune of La Wantzenau).

All the information on the earthquake

This earthquake described as induced was followed by a second one of magnitude 2.3 five minutes later. They are part of a series of more than 100 events recorded since November 2019 (including a magnitude 3.5 earthquake on December 4, 2020). The study of these earthquakes and the mechanisms at work at depth is still ongoing, while the activities of the Fonroche company on the Geoven geothermal site located in the area, were stopped in December 2020.

Details of the parametric data for each of these events are available at https://renass.unistra.fr/. The magnitude 4 earthquake of this morning was felt very widely in the area of the Strasbourg Eurometropolis and beyond.

People having felt one or the other of these earthquakes are invited to testify on the site: http://www.franceseisme.fr/ by completing the form dedicated to this earthquake: Complete the testimonial form

To learn more about the earthquakes in Strasbourg 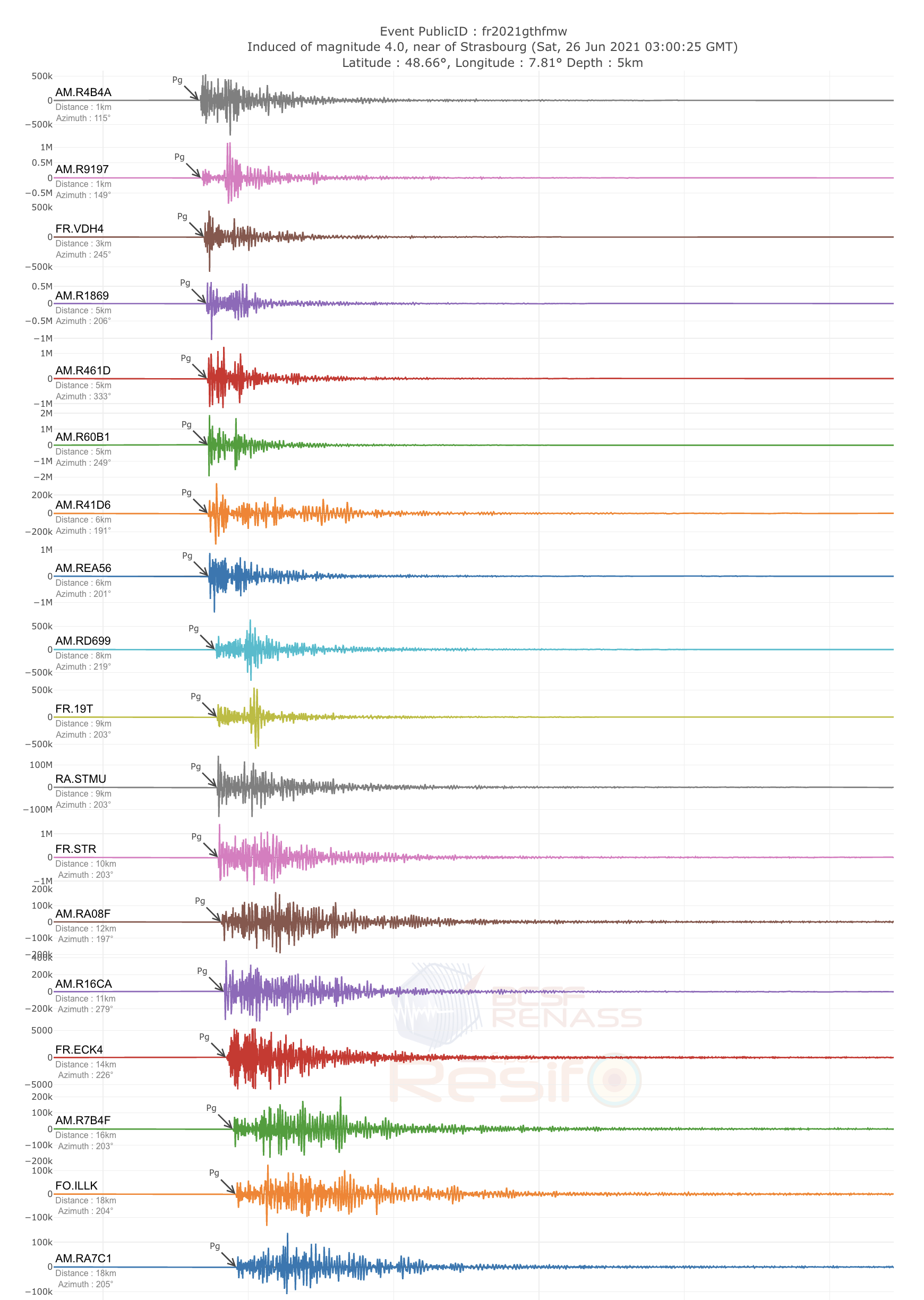 Seismograms of the Strasbourg earthquake of June 26, 2021 recorded by Résif stations located within 20 km of the epicenter © BCSF-Rénass – To know more about it.