During the twentieth century, earthquakes in Europe have caused more than 200,000 deaths and more than 250 billion euros in losses. In France, if the seismic activity is moderate, some earthquakes such as the one in Le Teil on November 11, 2019, of magnitude 4.9, which hit the region near Montélimar and caused damage estimated at 50 million euros, highlight the importance of considering the seismic hazard and risk to reduce the effects of earthquakes.

The European Facilities for Earthquake Hazard and Risk (EFEHR) consortium of EPOS, in which Résif-Epos represents France, federates scientists at the European level to develop a probabilistic seismic hazard model and a risk model for Europe. EFEHR has just published the 2020 version of these models. The previous one was published in 2013. Both are part of work carried out for more than 30 years, which involved hundreds of people from all over Europe. This extensive program has been funded by several European projects and supported by national groups. Both models, including the input data, are freely available. They are complemented by maps.

It is not possible to predict earthquakes, but appropriate actions based on seismic hazard and risk models can significantly reduce their impact. The European Seismic Hazard and Risk Models 2020 provide a spatial distribution of expected levels of earthquake shaking, its frequency, and its potential impact on the built environment and human well-being. The same methods are applied to the whole of Europe, so the levels are comparable from one region to another. To this end, the data needed for the assessment have been updated and harmonized – a complex undertaking given the large amount of data and the wide diversity of tectonic settings in Europe.

Such an approach is crucial for establishing effective transnational disaster mitigation strategies, such as building codes at the national or European level (e.g., Eurocode 8, which defines the recommended standards for earthquake-resistant construction and retrofitting of buildings and structures), or the adaptation of insurance schemes. These efforts contribute to better protect citizens against earthquakes.

The next version of the European models is planned for 2027. The objective of Résif-Epos will be to have elements that are widely accepted by the academic community. These products will be developed in the framework of the Alceste project. 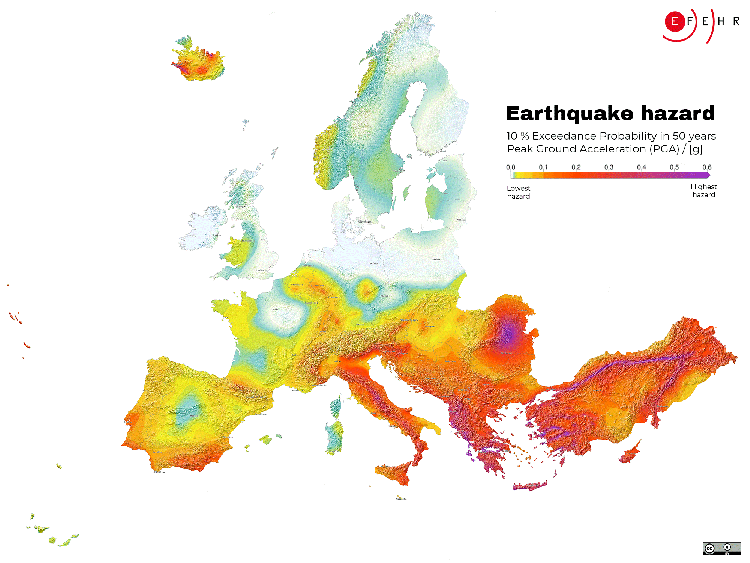