The beta version of the Yasmine tool is available

After the progressive abandonment of the SEED (Standard for Exchange of Earthquake Data) format on decision of the FDSN (Federation of Digital Seismic Networks), IRIS had realized in 2018 a first version of Yasmine (Yet Another Station Metadata INformation Editor,) a specific tool producing natively stationXML. The Résif Information System has taken on the development of a second version to add many features, including support for the atomic instrument libraries maintained for many years within Résif A-nodes.

The beta version of Yasmine is now available. It is a set of two independent Python-based applications:

IRIS and Résif-Epos are interested in your feedback and problems using these tools. We hope that beta testing will allow us to identify areas that need improvement to ensure highly reliable operation. Also, while documentation is provided, it is still being developed to be more user-friendly.

If you would like to send feedback via email, please write to feedback@ds.iris.edu. Otherwise, the GitHub repository has an “Issues” tab where your comments and questions are welcome. 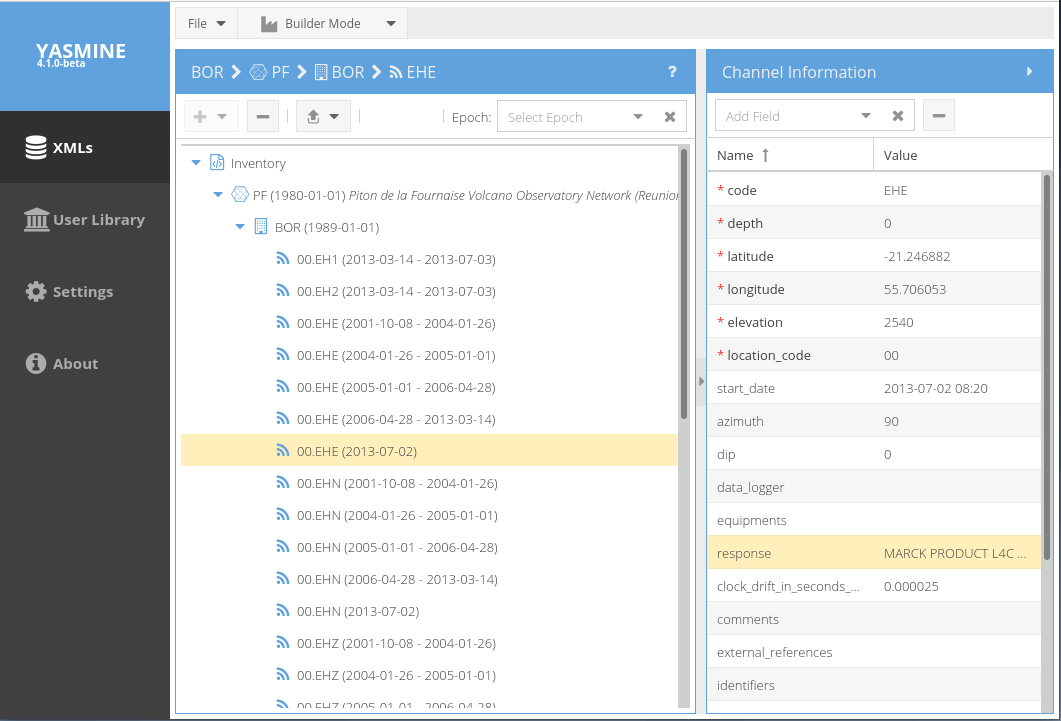