Icewaveguide expedition to Svalbard : listening to the murmurs of the Arctic sea ice

Will the murmurs of the sea ice allow us to better predict its evolution at the North Pole ?

The sea ice disappearing with global warming, and if the trend is clear over the last few decades, scientists are still wondering about the speed of this disappearance, which seems much faster than models predict.

To better assess the quality of polar ice (its thickness, degree of fracturing), a team of ISTerre scientists led by Ludovic Moreau is leading a reconnaissance and test expedition in February and March 2019. Objective : listen to the natural vibrations of the see ice to deduce its mechanical characteristics (thickness, strength…). A pilot site has been identified in Svalbard, at 78°N latitude, closest to the Arctic sea ice. 250 seismic sensors (seismometers) from Résif’s SisMob mobile instrument park will be installed there for one month to record the vibrations and murmurs of this small ephemeral sea ice (it only forms a few months a year) in the Sveagruva fjord.

If successful, the experiment ICEWAVEGUIDE could be scaled up to se ice directly at the North Pole and better predict the dradual disappearance of Arctic sea ice. 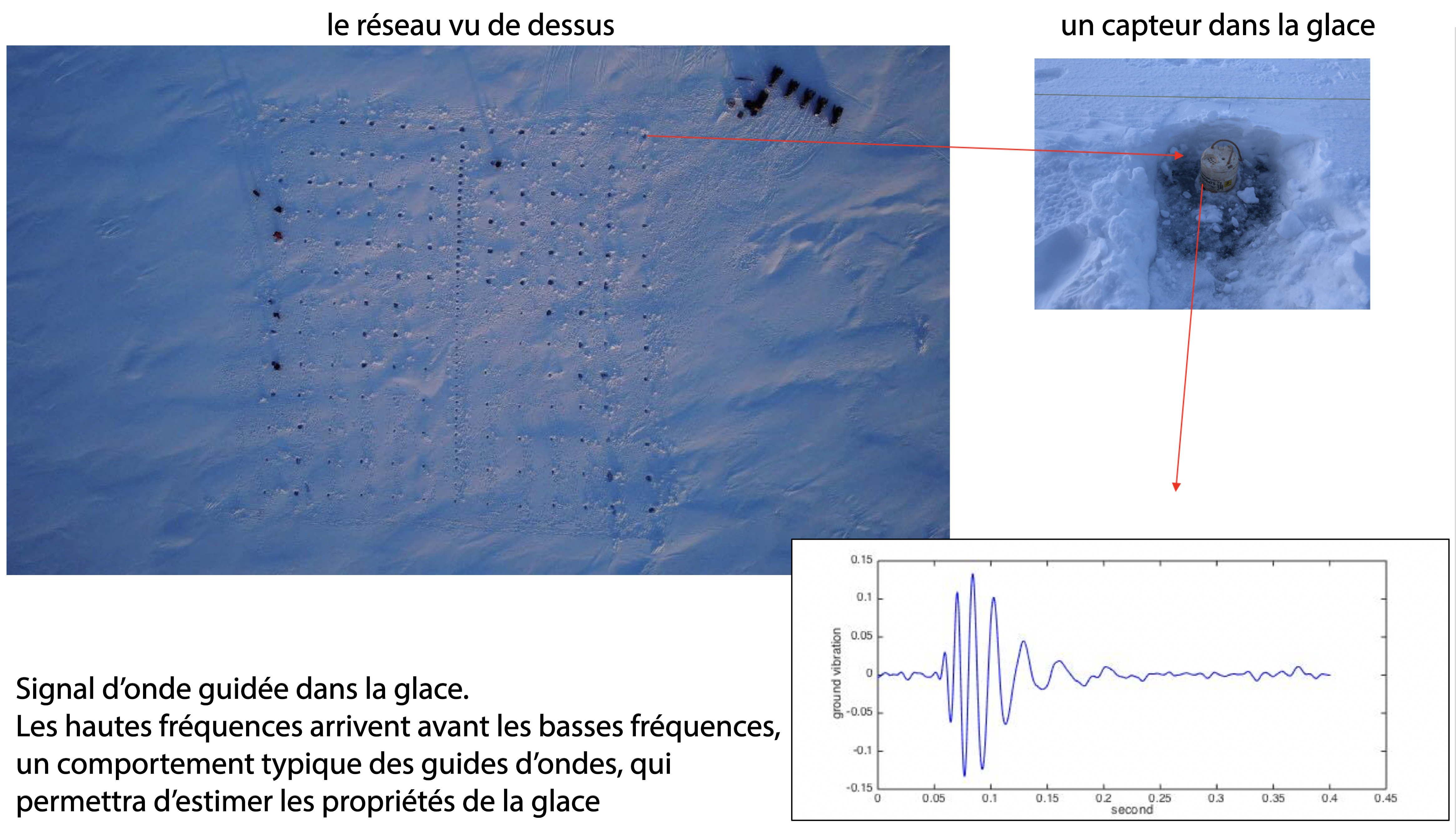